“Save our Ocean, Protect Our Future” was the theme of the United Nations Conference dedicated to the oceans, which cover 71% of the planet’s surface. Scientists, politicians, organizations, companies and activists sought to present and find solutions to protect the oceans in Lisbon. 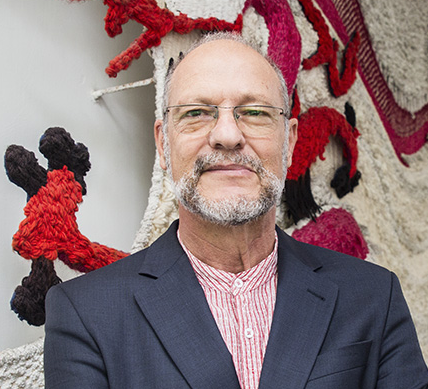 Co-organized by the governments of Portugal and Kenya, this conference was held in the week of June 27 to July 1, and managed to bring together around 6,700 people, with delegations from 159 countries, represented by 15 heads of state, a vice -president and 124 ministers. In addition to the leadership of 38 specialized agencies, such as the United Nations Environment Program and the International Atomic Energy Agency, and 1,178 non-governmental organizations, 410 companies and 154 universities. This was the second and largest conference on the oceans (the first was held in New York in 2017).

UN Secretary-General António Guterres stated that the event represented “unity and rapprochement between member states around maritime affairs and the protection of the oceans”, in line with his call for countries to support four recommendations: that all parties invest more in the oceans in a sustainable way, to meet the goal of producing six times more food at sea and 40 times more energy; that invest in the protection of the oceans, namely the reduction of maritime pollution originating on land (eg from plastics); that protect both the oceans and the populations that depend on them and that suffer the effects of climate change, creating, for example, early warning systems for extreme atmospheric or climatic phenomena (hurricanes or heat waves).

The UN Secretary-General emphasized that we are at a crucial juncture for the Oceans, expressed in 2030 UN Sustainable Development Goals, namely in Goal 14. Therefore, he urged everyone to put pressure on governments and regional authorities, companies and communities to strengthen this sense or urgency to save the oceans.

The secretary-general of the United Nations Ocean Conference in Lisbon and UN Under-Secretary-General for Economic and Social Affairs, Liu Zhenmin, highlighted the content of the Lisbon Declaration on ocean conservation adopted on July 1. The Declaration “Our ocean, our future: call for action” recognizes the devastating impacts of the COVID-19 pandemic on the ocean-based economy and in particular the ocean-based economy of small island developing States”, and the threat to ocean health due to “improper waste management, including of plastic waste”. 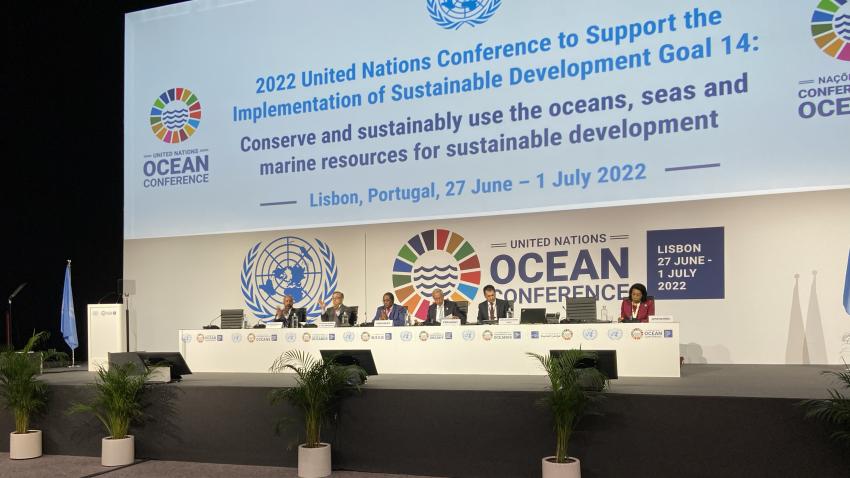 The Declaration states that “greater ambition is required at all levels to address the dire state of the ocean.” At the same time, the signatories are “deeply alarmed by the global emergency facing the ocean” , listing rising water levels, worsening coastal erosion and a “warmer and more acidic” sea with a level of pollution that increases at an alarming rate”. The Declaration also “deeply” regrets the collective failure ” to classify 10% of marine areas as protected areas and to restore ecosystems, which had been set as targets for 2020 and which were not met.

But the signatories of the Lisbon Declaration assume a “renewed commitment”, with “urgent action and cooperation” to “achieve all targets as soon as possible without undue delay”; with the creation of a “legally binding instrument on plastic pollution”, they intend to be based on “innovative and science-based actions, international collaboration and scientific, technological and innovation partnerships”, considered essential for concrete action in the preservation of ecosystems; leaders are committed to recognizing “the important role of indigenous, traditional and local knowledge”, namely of coastal populations and island states that are at the forefront of the impacts of climate change and its effects on the oceans.

The 159 countries have committed to protecting at least 30% of their national maritime areas by 2030; reduce plastic pollution to zero by 2050, and monitor sustainable fisheries and aquaculture actions to ensure that 100% of fish stocks are kept within biologically sustainable limits.

Conference organizers pledged to act. Portugal will aim to reach ten gigawatts of capacity by 2030, in oceanic renewable energy and to double the number of “startups” in the blue economy. It also assumed the commitment to classify 30% of the national marine areas by 2030, “it will guarantee that 100% of its fish stocks will be kept within biologically sustainable limits” and to carry out the expansion of the protected area of ​​the Selvagens Islands. Kenya has announced that it will pass legislation against the crime of “ecocide”.

During the conference, it was also decided to create a cooperation platform for the eight Portuguese-speaking countries to promote sustainable fishing and combat illegal fishing.

Different institutions have announced investment intentions to fulfill some of the commitments: the Protecting Our Planet Challenge will invest US$ 1 billion for the expansion of marine protected areas by 2030; the Development Bank of Latin America pledges to invest US$ 1.2 billion to support projects that benefit the ocean in the region; the European Investment Bank will transfer €$150 million to the Clean Oceans Initiative in the region; and the United Nations Development Program (UNDP) decided to help recover annually US$ 1 billion lost due to misuse and management of the oceans’ potential, the “Ocean’s Promise”. 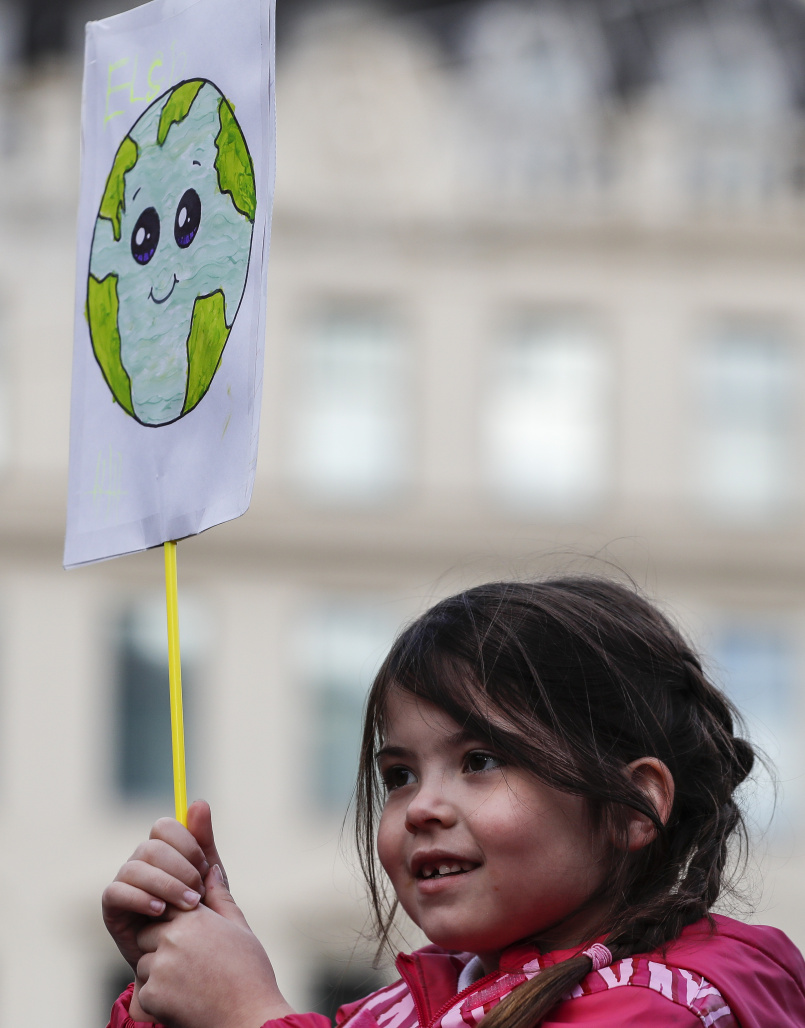 China’s is playing an active role, committed to scientific knowledge and global partnerships.

The Chinese representative stated that her government wants to build partnerships with countries around the world to develop concrete actions needed to preserve the oceans. The representative warned that by characterizing today’s world as more interdependent and interconnected than ever, the 2030 agenda implies that only through the strengthening of cooperation and global partnerships will it be possible to meet the Sustainable Development Goals. Therefore, the international community needs to develop and share scientific knowledge about marine and coastal ecosystems to enable assistance and cooperation, especially with developing countries and especially small island states. The Lisbon Declaration took on this perspective. China, announced that it  will provide a financial package for small information technology projects in this area and promises to continue to contribute to the fulfillment of United Nations objectives with concrete actions and results. As an example, the Chinese representative mentioned the Centre for China and Africa Satellite Remote Sensing and Cooperation for assessment and early warning to respond to climate change and prevent marine disasters. 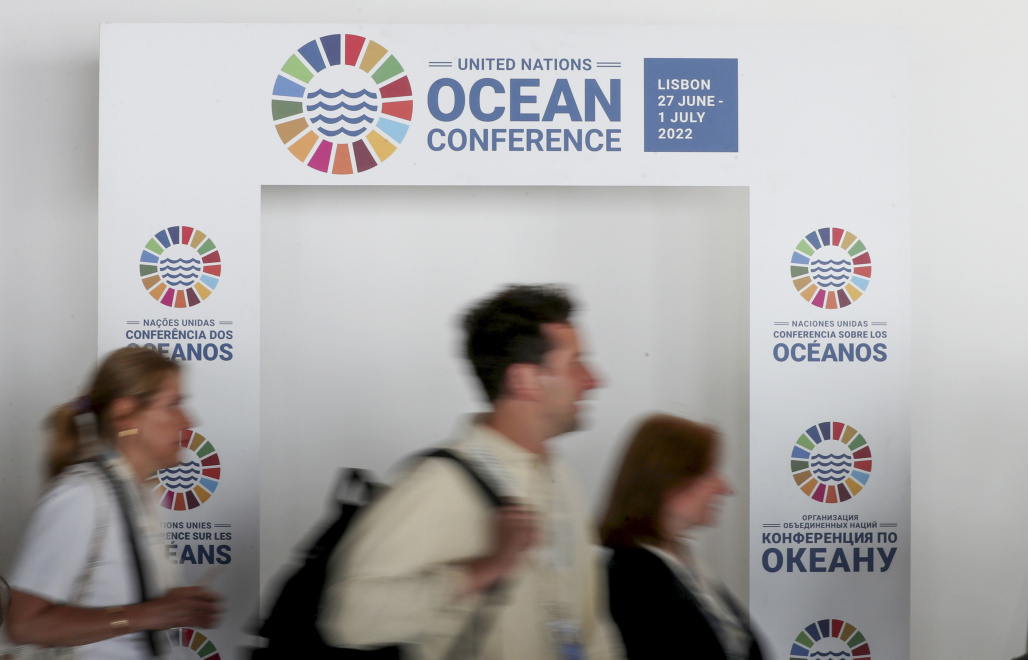 As the problems that affect the Oceans have a worldwide repercussion, the UN Secretary-General did not accept the “Cold War mindset” leading to the exclusion of any of the member countries, as had been wrongly suggested by some Western countries. Thus, the Russian Federation, represented by Ruslan Edelgeriyev (Adviser to the Russian President for Climate Affairs and former Prime Minister of the Chechen Republic), conveyed “Russia’s commitment that the target for carbon neutrality by 2060 will be met”. In a positive and hopeful position, Edelgeriyev also said that “the world is not black and white. If two countries have different assessments of any given event, this does not end the possibility of constructive interaction between them on other issues, especially on generally significant issues such as climate change, protection of the maritime environment, conservation of biodiversity and others.”

On the sidelines of the Conference, civil society organized some demonstrations in Lisbon:

• To call for “less talk and more action” in defence of the oceans, and an “alternative conference” (“Ocean Base Camp”), with calls for an end to illegal fishing and overfishing, the alert for the need for more commitments to clean up the plastics from the sea, more investment in the preservation of the oceans, and more scientific knowledge. It was also protested that the discussion on the establishment of a moratorium on the granting of authorizations for mining on the seabed had not been included.

• Opinions also circulated against the Cold War mindset and against the confrontation between geostrategic blocks, which has been imposed in some Western countries, and which lead some countries to regress in the environmental protection agreements of the last COP26 (United Nations Convention on Climate Change, November 2021). It is recalled that of the 195 countries present at the Ocean Conference, 28 Western countries, under the pretext of the War in Ukraine, decided, on the one hand, for an arms race and for large investments in military industries and, ignoring the goals of the 2030, they decide, on the other hand, to invest in more polluting fuels, reactivating already closed coal plants (instead of distributing the fuel through natural gas pipelines), they decide to transport shale gas by sea (shale gas, more polluting and more expensive) and develop new nuclear power plant projects. This inversion in the respective political and energy strategies was decided without democratic consultation with the voters of these countries.

I would like to point out that, in our opinion, the major limitations of Conferences of this type reside in the fact that the commitments (given by participating countries and institutions) are not mandatory, do not provide for a binding shared investment mechanism, nor do they have a structure with human resources that can systematically monitor the implementation of the agreement.

However, the balance of the Oceans Conference is very positive as it allowed, on the one hand, informal conversations between representatives of civil society and States and/or official or quasi-official institutions, regarding a series of issues on which negotiations; on the other hand, it contributed decisively to the awareness of the international community and public opinion that around three billion people on the planet depend on coastal and marine biodiversity to survive and that the oceans provide almost half of all the oxygen we breathe.

There is only one Earth and the oceans belong to everyone and their health depends on all of us – countries and individuals. 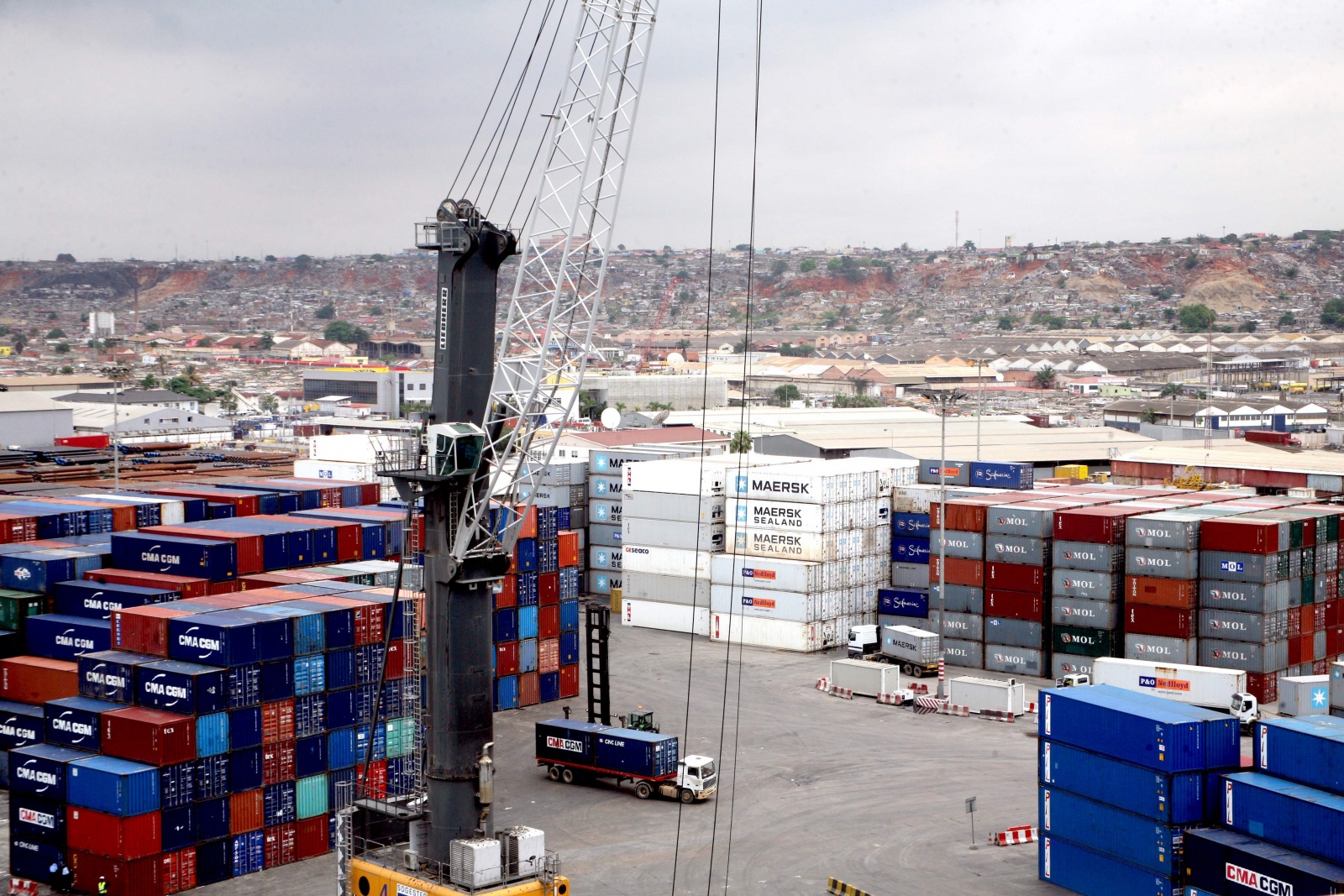